Happy ONE month old to my tiny little baby!

This month has been INCREDIBLE!

I’m not even kidding. I love this little boy so much it hurts!!

Today, I wanted to do a quick little recap of Brewer’s month. I’ll talk about what he’s experienced so far, what he likes, what he dislikes, and how Harry & I are adjusting to parenthood! 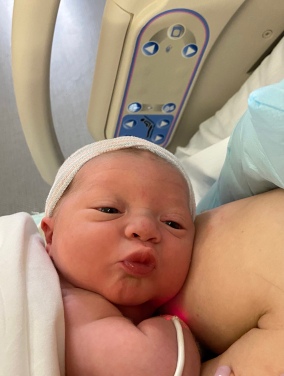 From that day forward, Harry & I have been filled with a greater joy. Seriously, the saying is true.. I never knew a love like this existed!

From the moment we met Brewer, we have been so smitten. Harry & I often find ourselves just staring at him in awe! We can’t believe that God gave us such a precious gift. 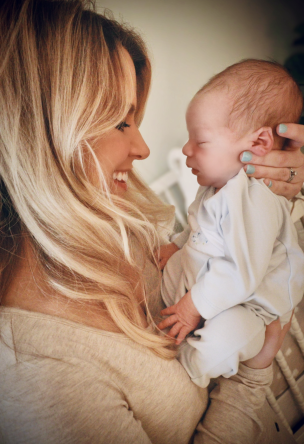 I have continuously been brought to the feet of Jesus over the past month.

I just look at Brewer and I see God’s love & His faithfulness. I’m so grateful that I want to serve the Lord in ways I never have. I’m being drawn closer to Him and to His word through being Brewer’s mommy!

This month, Brewer has experienced….. 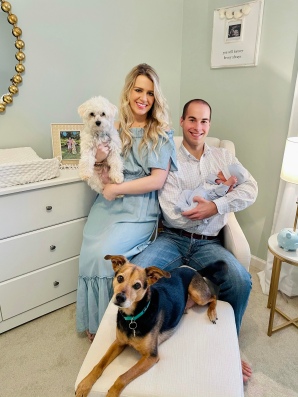 Meeting his family members who love him very much!! 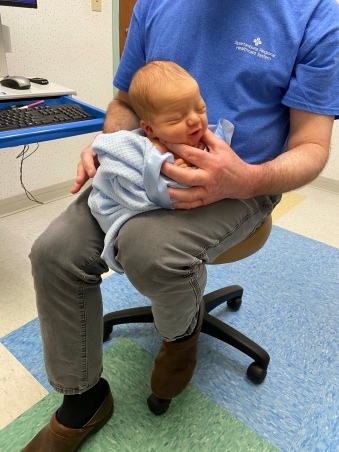 HIs first 2 trips to the pediatrician for check- ups!

Outdoor walks when the weather is nice which he LOVES!

Bath time which he does NOT love! His favorite part is getting out of his bathtub, lol! 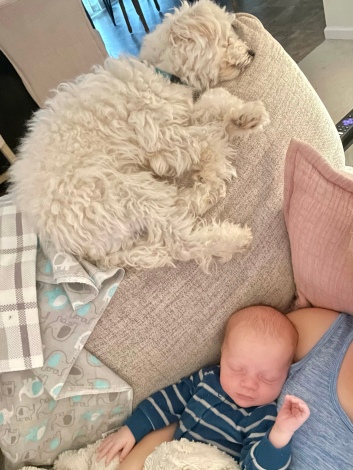 Learning how to hold his head up! 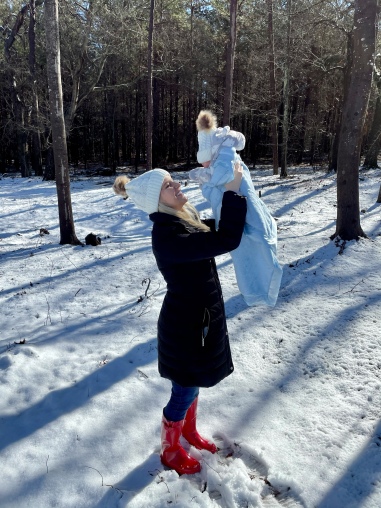 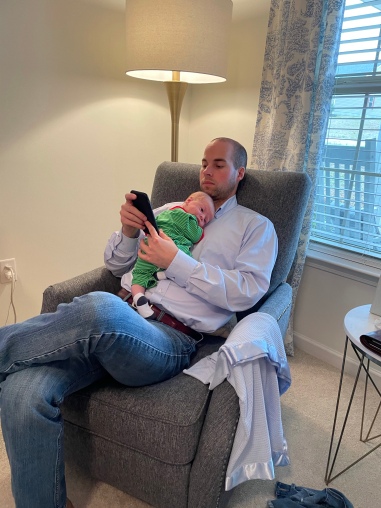 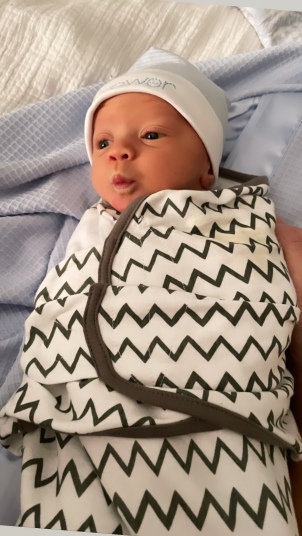 And his signature face! He loves to blow kisses!

He’s also learning how to focus on objects! He loves to stare at his kick and play piano gym + the ceiling fan! It’s also been so fun watching him learn to stretch & move! 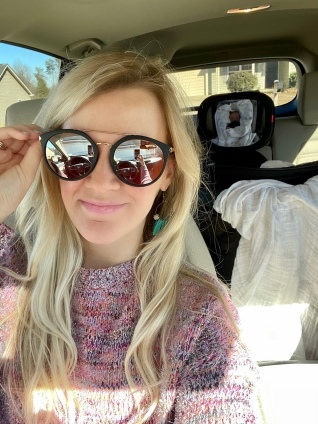 Brewer also had his first trip to Clover this month! 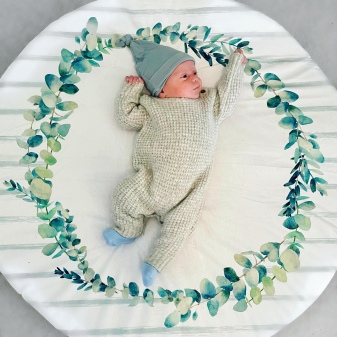 Let’s talk about the things that Brewer likes:

-EATING! lol, he has his daddy’s appetite!

-Riding in the car

-Walks in the stroller

-Noise! This includes music + the tv! (he’s not even phased by his puppy brothers barking!)

-Naps in his swing

-His paci… but not just any paci, the hospital paci!

Let’s talk about the things Brewer does NOT like:

-Being naked!! so this also means..

Lol! He was so use to being in a little, cozy ball inside my belly that he is NOT a fan of being naked. He likes to be warm and snuggly!

Let’s talk about how Harry & I are adjusting to parenthood:

Honestly, it’s so great! It really is hard to remember a life before Brewer. We love him so much and we love this new phase of our lives! The first month has been a learning experience and it’s also been so sweet &  fun!

Harry & I totally tag team everything. We keep a dry erase board on the side of the fridge where we document what time he ate and slept. That helps us keep track of how many ounces he’s getting a day and how many hours of sleep he is getting.

Speaking of sleep, when Brewer first came home from the hospital, he had his AM & PM totally mixed up! He would sleep all day and be awake all night. That was difficult but we adjusted. We have tried really hard to keep him awake during the day lately (which can also be hard) BUT, we think he is finally having a breakthrough! He has been sleeping 5-6 hours straight for the past 4 nights!! Then after a feeding, he goes back to sleep for a couple more hours!

They say the first few weeks are the hardest and if that saying is true, it has not been that difficult for us. We had one really rough night but we think it’s because Nash chewed his hospital paci and refused to take another one (sigh!) plus his little bottom was red from having several blow outs that day. (Shoutout nurse Brittany for getting us new pacis the next day!) That night was hard.

Other than that, Brewer is a pretty chill baby. Of course, he gets fussy at times but overall, he’s a good baby. The sleep breakthrough has definitely helped us! Let’s hope it sticks!!

Breastfeeding…. I said from day 1 that I was going to try it and see how it goes. Brewer latched really easy in the beginning but my body was not producing enough milk. I bought several things to take to help with milk supply and never noticed a big difference. We supplement with formula and now he’s so use to the bottle that he does not want to latch. I still give him what I get when I pump but we supplement with formula for the most part. Remember, a fed baby is best!

Ace & Nash have adjusted well to Brewer. At first, Nash was super curious about the baby and always wanted to be around him. Now, both dogs aren’t really phased too much by him. However, Nash is VERY intrigued by all of Brewer’s stuff. He always wants to steal pacis and bibs. (sigh!) We are working on this!

It’s been an incredible month of learning Brewer and how to be his parents! 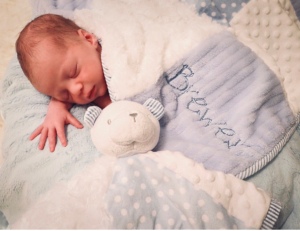 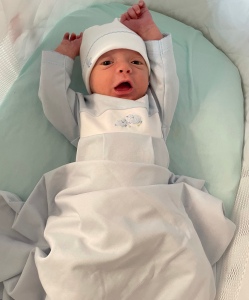 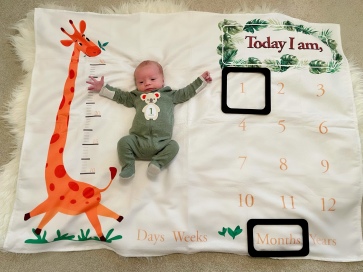 Happy ONE month to our sweet baby!

8 thoughts on “Brewer: ONE month update!”