Welcome home Nash!! If you follow me on social media, then you probably saw that we added this cutie to our family on Monday! Nash is a male maltipoo!

Once we got settled into our house with a yard, we really wanted to get another dog so that Ace would have a friend! Ace does great being the only child BUT he gets separation anxiety when we leave to go places and we really don’t want his separation anxiety to get worse when we decide to grow our family with kids, down the road. So we thought, he needed a friend!

We started thinking about the second dog thing, back around the holidays. We knew we wanted a small dog for our house. We LOVE big dogs too but we didn’t want a dog bigger than Ace because let’s face it… this is Ace’s house! Ace is a medium size dog. Plus our house is not the perfect fit for an inside, big dog.

We looked at the shelters and came across some small dogs that were puppies but not a lot of dogs that would stay small. Y’all know I’m a HUGE advocate for rescue pets and I always will be because Ace is a rescue pet and he is the BEST! Read more about Ace’s story, here: Ace’s Gotcha Day!

So… we started researching online and we learned a lot about maltipoos. Harry & I both thought that would be a great dog for Ace to be around. One day I was on pinterest (of all places) and came across a blog post about another girl’s maltipoo. I got in touch with the blogger to learn more information and I reached out to the lady she got her pup from. The lady lives on a farm in Virginia and raises maltipoo puppies!

I reached out to the lady on February 7th about a maltipoo puppy and it just so happened that she had a litter of puppies born the day prior on February 6th. She had 3 girls and 1 boy. We knew we wanted Ace to have a little brother!

The sweet lady sent me photos each week and we were able to watch him grow! We actually had an appointment to go see the sweet pup in person once he was a bit older and due to COVID- 19, we were unable to go see him early. However, that did not stop us from falling in love with him! We decided to make him ours and we were able to go get him on Monday of this week, just a few days after he turned 8 weeks old! 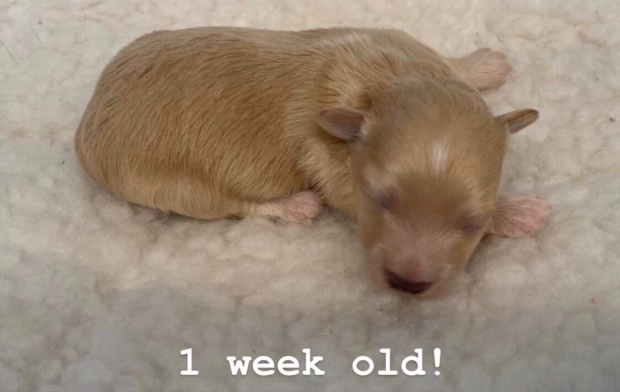 I finally have some fur around my feet!!

My eyes are open!!

I’m learning how to walk!

My hair is getting so much fuller!

Trying to figure out this big world! 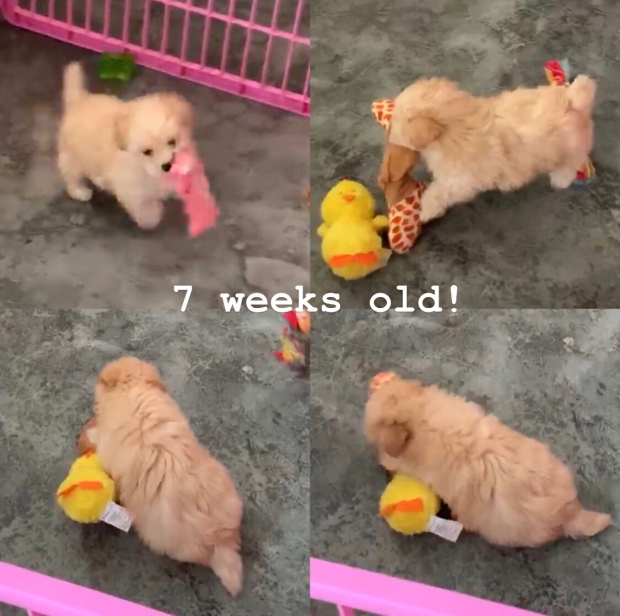 I can run and play with my litter mates now! We received a surprise video of Nash & his 3 sisters the day before he came home! I took a screenshot of the video so you can sorta see all 4 of them! I’ll save the video to my highlights on my Instagram: doverfromclover

Our Adventure to get Nash:

Harry and I left our house around noon on Monday to get Nash! It took us about 3 hours to get to the farm where Nash was located in Virginia! 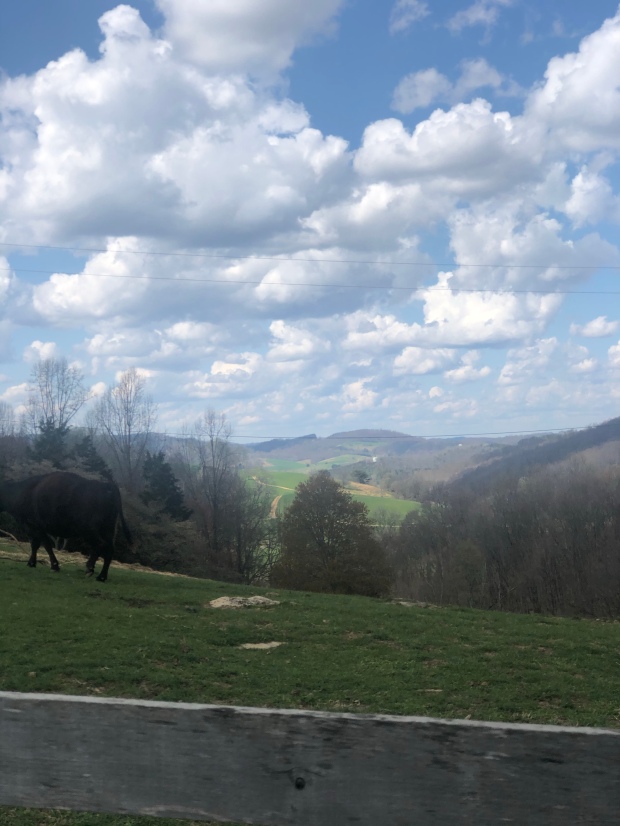 The view from the farm was INCREDIBLE!

Look at the clouds! 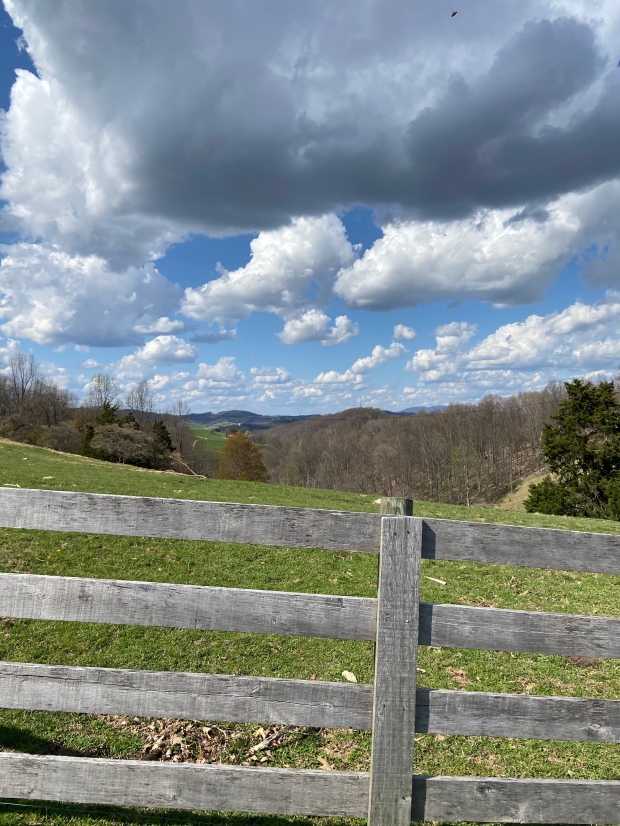 We were surrounded by mountains! 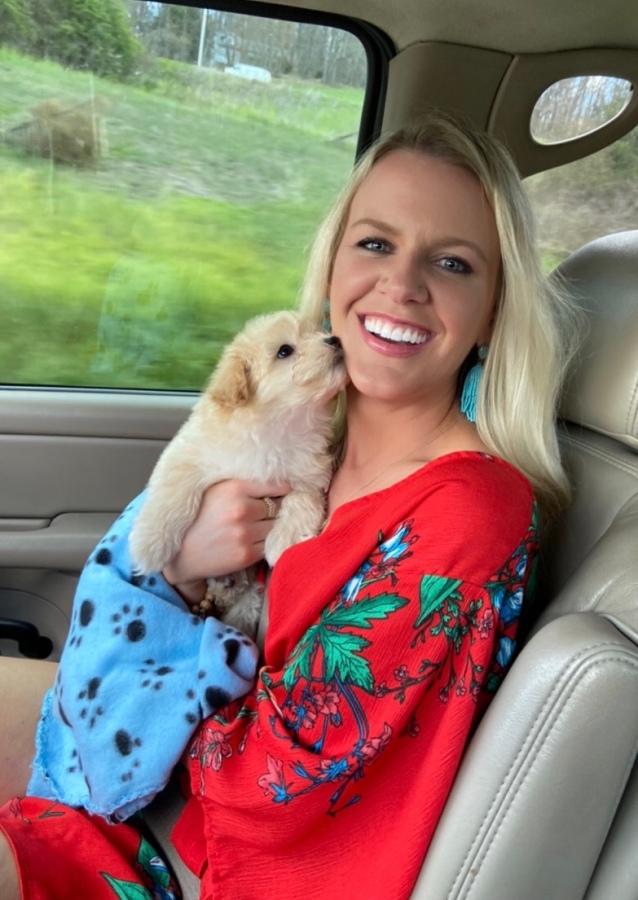 I was handed the cutest little ball of fluff & I think my face tells you how excited we were! 🙂

It was such a happy moment that I’ll never forget!

Then, we started the 3 hour car ride home!!

Nash was SUCH good boy in the car! He warmed up to us SO fast!

Harry & I decided on a name pretty quickly! We wanted a short, cute, one syllable name just like Ace, so we decided on Nash. 🙂

We Made it Home: 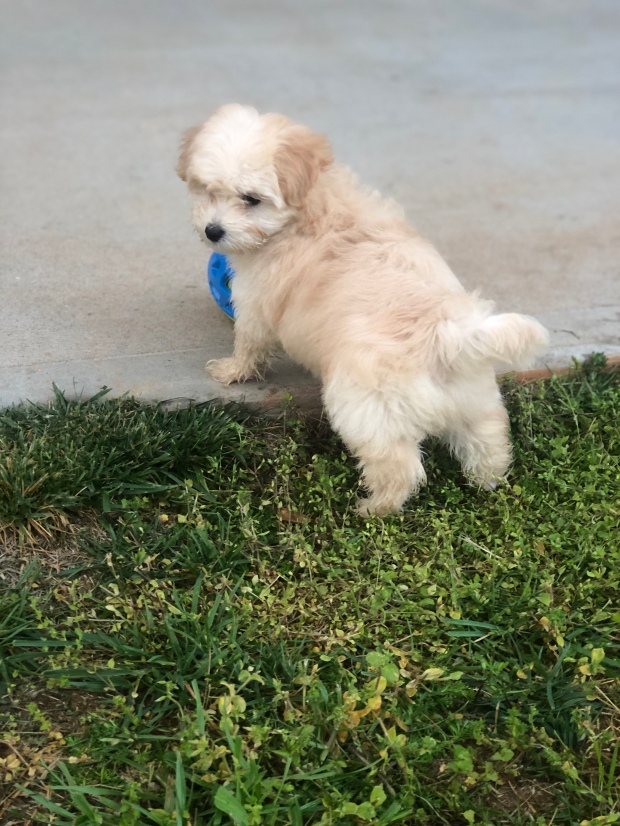 The weeks leading up to Nash coming home, we bought him a bed, dog bowls, etc. & we would continually point to those things and say, “Nash.” We were hoping Ace would have some sort of idea!

The day we brought Nash home, we decided to introduce them in a very organic, natural way. Harry took Nash’s blankie inside so Ace could smell it and he repeatedly said, “Nash.” Then, Harry took Ace to the backyard to play and a few minutes later, I took Nash around to the backyard to play. We had a bucket full of toys and we played for about an hour outside. They sniffed each other, Nash watched Ace run sprints, Nash hopped around like a little bunny rabbit, & it started raining BUT we kept on playing! 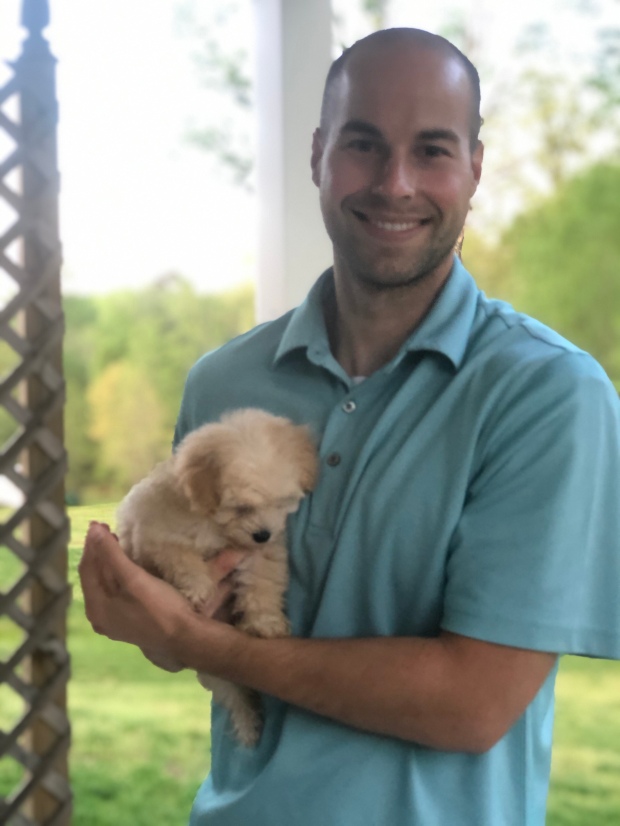 Nash already has Harry wrapped around his little paw! 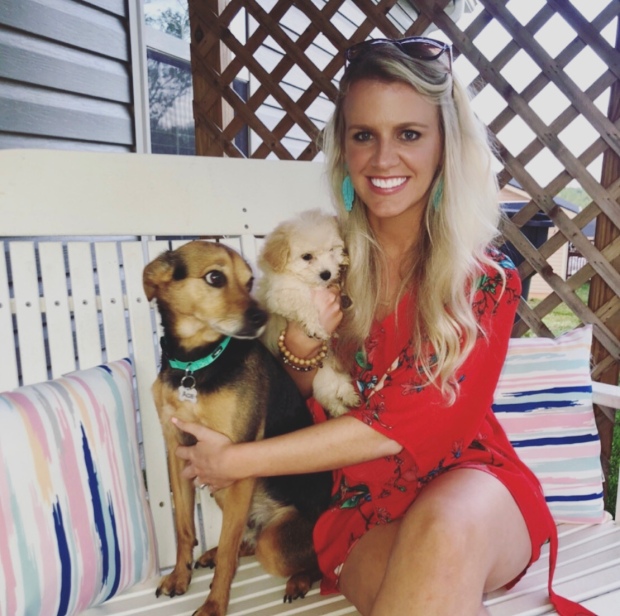 Obsessed with these two!!

What life has been like since Nash has been home:

Nash is so sweet & playful! 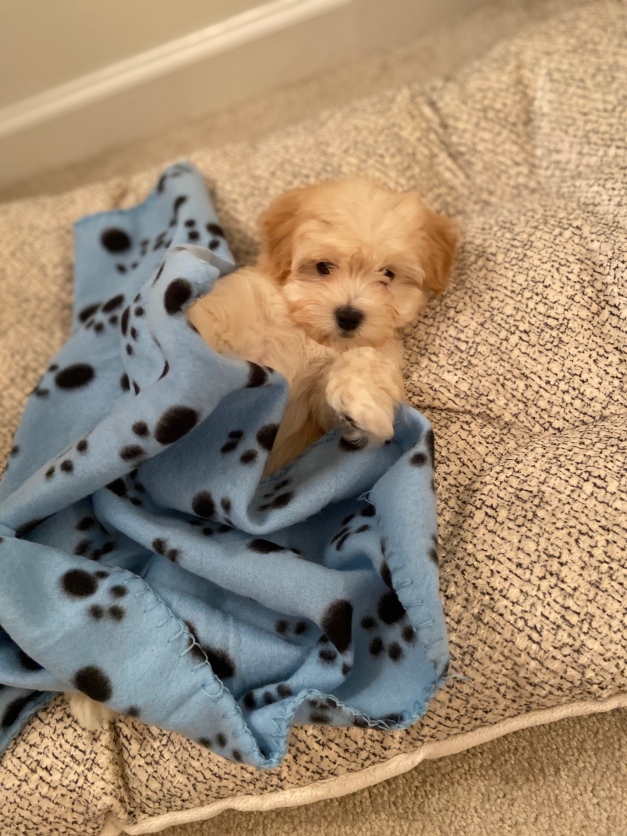 He really is the sweetest thing!

Training is off to a great start too! We wanted to be consistent with everything from day one!

Nash is doing well with potty training! He hasn’t had any potty accidents since day 1 and no accidents at all in his crate so far! We crate train at night. Night 1- he whined a lot, night 2- he whined a little, night 3- he woke us up ONE time whining, tonight will be night 4- maybe he will sleep all night?! Fingers crossed!!

We are amazed at how good this little fluff ball is, so far! He can be very calm and lazy. Other times, he runs around like he’s Ace’s size! 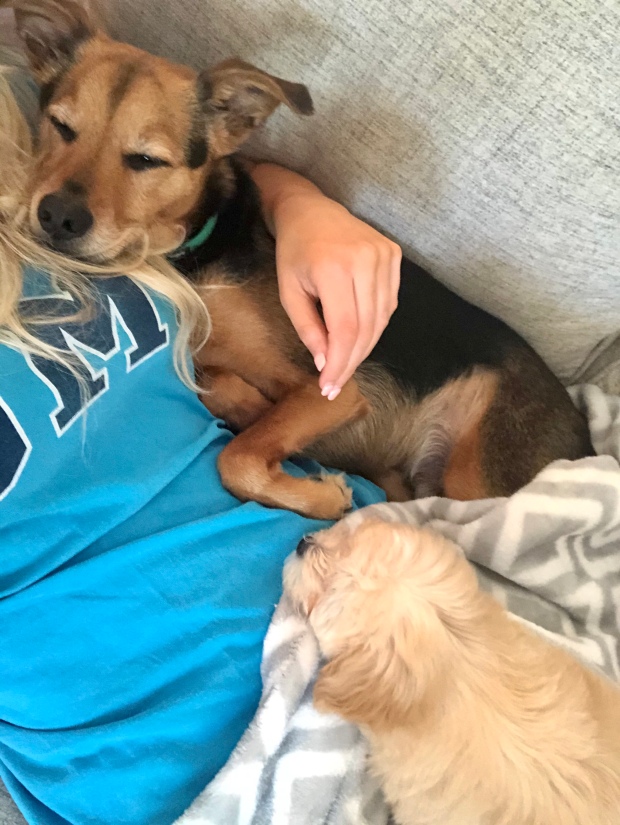 Speaking of Ace & Nash…. I’d say we’re still in the sniffing phase! They’re not BFF just yet but they don’t hate each other. Ace will tolerate Nash getting close to him & he even tollerates Nash playing with his tail. Ace is a little unsure about sharing toys with him!

Both boys had vet appointments yesterday! Nash needed a check- up & Ace needed his yearly shots. Both boys were great at the vet!! (Excuse my appearance! haha, I’ve forgotten what real clothes are during this quarantine life!)

We’re so excited for all of the memories that Nash Bash is going to bring to our family!

If you have any questions or want to know more, feel free to ask!! 🙂