I am a Bachelor Fanatic!!! 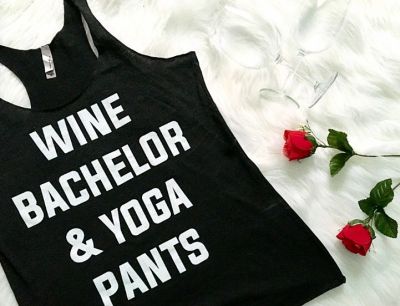 I may not know a lot about other popular shows due to my lack of TV interest but this is the one show that I can tell you anything about! I LOVE it! I call this show my guilty pleasure because is there a lot of good things that can come from the show- yes, occasionally but is there a lot of Hollywood in the show too- absolutely!

I mean one person is dating 25 people at the same time….. NOT NORMAL but I have watched it since the very first season and I have seen it work for few couples. I mean baby Samuel.. he’s adorable! He is the product of Sean and Catherine’s marriage.

Okay, enough ranting! Today, I am going to recap random thoughts about Rachel’s season before she hands out her final rose tonight.

Let’s start by talking about Rachel! I think she is one of the most classiest women to ever carry the title, The Bachelorette. She is so smart, so driven, and so honest with all of the men.

She has made it so clear that she is there to find a husband and I truly believe she is. I don’t think she is there for the publicity or to see how many guys she can kiss. I can tell she is pouring her heart into this experience and I love that about her!

Okay, let’s talk about a few of her men before I go straight to the top 4 because clearly, the top 4 are the men we get to know the most!

Lucas- better known as WHABOOM– that’s what I mean by Hollywood.. like dude what is your purpose? I really didn’t like WHABOOM after he told Baby Dean to shut- up at the men tell all. NO ONE talks to Baby Dean like that!!

Kenny/Lee- I have no idea what Lee’s intentions were coming on the show. I also have no clue why he was out to get Kenny. Kenny was like a big teddy bear to me. I think he was truly there for Rachel and the relationship he has with his daughter.. how special!

Demario- This is another guy that I didn’t understand because he came on the show with a girlfriend. His story was all over the place though so it makes you wonder how much of the story is true and how much of the story is “produced.” I think he has been through enough lately with all that has gone down with Bachelor in Paradise. I guess we will hear more about him later when BIP kicks off!

THE BACHELORETTE – Rachel Lindsay, a fan favorite on the 21st season of ABC’s hit romance reality series “The Bachelor,” starring Nick Viall, was named as the next woman to hand out the roses and attempt to find her own happy ending when “The Bachelorette” premieres for its 13th season, MONDAY, MAY 22 (9:00-11:00 p.m. EST), on The ABC Television Network. (ABC/Craig Sjodin) MATTHEW 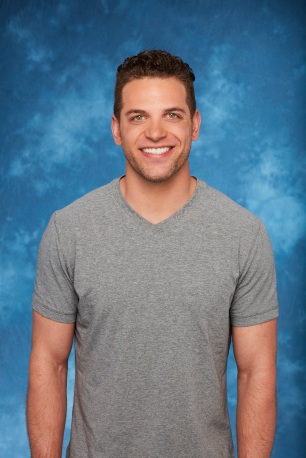 THE BACHELORETTE – Rachel Lindsay, a fan favorite on the 21st season of ABC’s hit romance reality series “The Bachelor,” starring Nick Viall, was named as the next woman to hand out the roses and attempt to find her own happy ending when “The Bachelorette” premieres for its 13th season, MONDAY, MAY 22 (9:00-11:00 p.m. EST), on The ABC Television Network. (ABC/Craig Sjodin) ADAM

Matt/ Adam- These guys were part of Rachel’s top 6. I really liked them, especially Matt. He seemed so sweet and Rachel even said, “He reminds me so much of myself.” She had a difficult time sending him home. I wished we would have seen more of their relationship.

Okay, here are my thoughts on Rachel’s TOP FOUR:

I look up the spoilers each season so I won’t say who she picks, these are just my thoughts!

Dean: What is there to not love? They had an instant connection and she was really drawn to Dean. He made it all the way to hometown dates before she sent him home. His hometown date was rough. He does not have a close relationship with his family and he hadn’t seen them in a couple of years. I’m sure ABC pushed him to take her home to meet his family. I love what he told Rachel though, “I don’t want my family to be a reflection of the family that we could have together some day.” I think that is a great lesson for everyone. Never judge someone based off their family because you could miss out on something wonderful. You also can’t assume things about people because who would have thought Dean came from a background like that? Never judge a book by it’s cover. I have so much respect for Dean! I hope he finds love in Paradise!

RACHEL’S TOP THREE THAT SHE WILL CHOOSE FROM TONIGHT:

Eric: He is another guy that has taken his upbringing and let it impact him for the better. He talked a lot about his family and how he grew up in the streets and how his family had a lot of issues. Some people can let that drag them down but not Eric. He knows what he wants for his future and his future family. I love that he and Rachel have a fun, playful relationship. His hometown date was also fun! His family brought a lot of energy to the room and how awesome would it be to spend holidays with them? 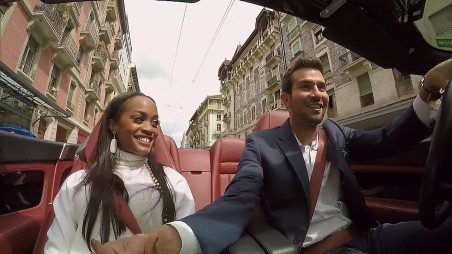 Bryan: Rachel likes Bryan. It’s obvious how giddy she is around him. I like Bryan but I think he dove straight in from the beginning like, “I want to marry you.” Like woah, slow down. Do you even know what she does on a Tuesday morning? Her family had some reservations about Bryan as well but by the end of the night, I think they approved. I think they have a great spark in their relationship which is important but I’m not sure if they are fundamentally the same. Maybe it’s the way they have edited his dates? or maybe I have a really good point!

Peter: I have said over and over that he is my favorite. He is so genuine and honest. They have a great relationship where they can be serious and talk but they also have that goofy, silly, side too. He has told Rachel that a proposal is like marriage to him, he only wants it to happen once. I respect him so much for that! I think he would make a great husband forever.

TONIGHT IS THE NIGHT- the most dramatic final rose ceremony in bachelorette history!